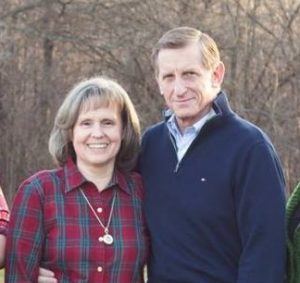 Email Terry
Terry began his ministry at Berean on October 25, 1992. Having pastored churches in Columbiaville, MI (1981-1988) and Walled Lake, MI (1988-1992), he received the call to accept the position of Pastor at Berean, with the confidence of God’s leading.

Terry came to know Jesus in 1975 as a nineteen year old through the ministry of Union Lake Baptist Church in Commerce, Michigan. It was at this church he was discipled and later decided to attend a Christian college.  He further received a Master’s degree from Northland International University in May, 1997. During his undergraduate years he met Michal Cummins. They were married June 23, 1978. The McIntoshes have five children: Evan, Emilee, Elise, Ethan, and Everette.

The hallmarks of Terry’s ministry are relevant, verse-by-verse Bible preaching, personal discipleship and Bible teaching. His desire is to “equip the saints for the work of the ministry,” realizing that the Bible mandate is not for “professional clergy” to “perform” before the congregation but for the congregation to grow into positions of leadership and service. Pastor McIntosh desires to assist you through counsel, service, or teaching. He will be glad to meet with those desiring a growing relationship with the Lord Jesus Christ. 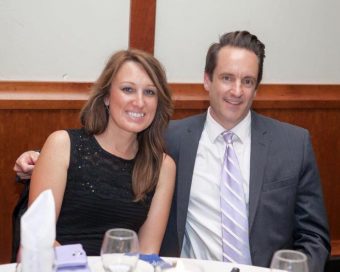 Email Rich
Rich and his wife Andrea have been members of Berean since 2010. He has several years experience teaching God’s Word in both small group and Sunday school settings. He currently leads one of our many small groups and is responsible for the oversight of Berean’s Children’s and Missions Ministries. He is a graduate of Schoolcraft College and Central Michigan University. Rich and Andrea are blessed to be the parents of five girls. Rich has been a part of Berean’s full time staff since January 2017. 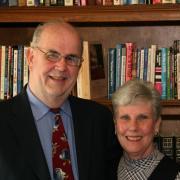 George stepped down from "official" ministry in September of 2019. George and Jacquelynne Moore live in Plymouth Township. They are retired (George from a career as an international business consultant and Jacquelynne as a Registered Nurse). Both became objects of God’s grace as young people through the ministries of Detroit area churches.  George was the first Non-vocational Pastor called by Berean Baptist Church and served as a lay pastor here for nearly 15 years. We are truly grateful for his ministry and are honored to give him the title of "Elder Emeritus".  Jacquelynne and George were married in 1960 and have four children and nine grandchildren. They remain faithful church members and servants here at Berean. 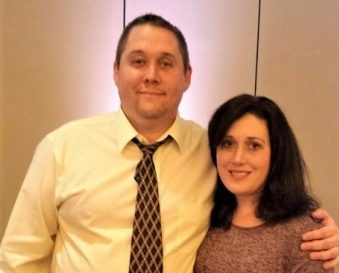 Email Mark
Mark joined Berean Baptist Church in 1999. He is Pastoral Studies graduate of Baptist Bible College in Springfield, Missouri. Prior to coming to Berean he served as an Associate Pastor at Noble Hill Baptist Church in Springfield Missouri. Here at Berean he has ministered predominantly as an adult teacher, served as a Deacon and in 2012 was affirmed as a lay Pastor. He and his wife Rebecca have four children. 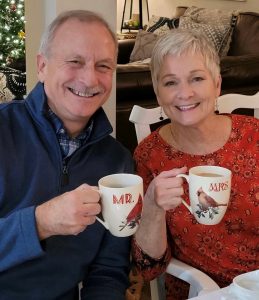 Email Terry
Terry and his wife Molly have been married since 1982 and have been blessed with four wonderful sons, two godly daughters-in-love and seven precious grandchildren. Since being born again in 1995, they have served the local church from the nursery to the Elder Board.

Terry is a graduate of Eastern Michigan University and the owner of ROC Real Estate, LLC. He currently serves on the boards of the Michigan Association of Realtors, Commercial Board of Realtors, and Commercial Real Estate Professionals. They look forward to sharing their lives and serving their brothers and sisters at Berean for many years to come. 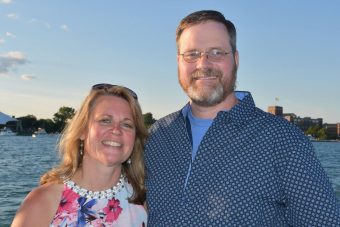 Email Brad
Brad and his wife Teren joined Berean in 2004 and jumped right into serving the body. They love learning and studying the Word with their four children (and anyone else for that matter), striving to see Christ exalted in every area of life. Brad has served as one of our Small Groups Ministry leaders since its inception, has regularly taught adult Sunday School, and has been active in Men’s Ministry leadership as well. He graduated from Wheaton College with degrees in Biblical Studies and Business/Economics. Brad joined our pastoral team in June 2017, as one of our lay pastors. 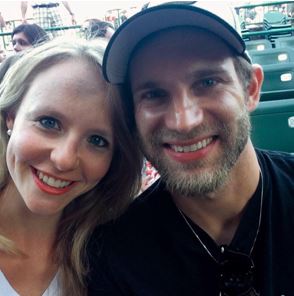 Email Jacob
Jacob and his wife Mariah have been members of Berean since 2013 and joined the pastoral team as a lay Pastor in 2019. Jacob is extremely blessed to have been granted salvation though faith in Christ from a young age and has grown up in the church serving in music, discipleship, youth, and college ministries. He enjoys a professional career as an engineer with degrees from Bucknell and Purdue Universities. He and Mariah have been blessed with three children: Evony, Abram, and Tavia. They are excited serve the members and guests of Berean in the years to come. 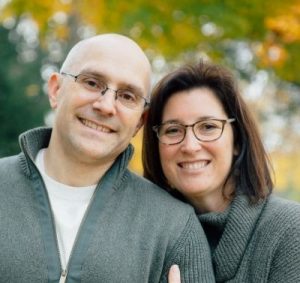 Email Aaron
Aaron joined as a lay elder in 2021. He and his wife Holly were high-school sweethearts in Marquette, Michigan and were married in 1995. Aaron has always been passionate about science, graduating from Albion College in 1995 with a double-major in Mathematics and Physics, and obtaining his Physics PhD from Stanford University in 2001. Shortly after, he was saved through the combination of hearing verse-by-verse exegetical preaching and seeing Christ exemplified in the love, care, and prayers of those around him. He has a passion for understanding and explaining the one Truth of Christ, whether found in natural revelation or special revelation. He and Holly have three wonderful children and live in Novi. 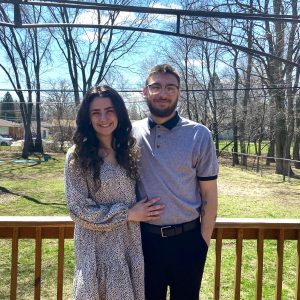 Email Zach
Zach and his wife Selecia have been members at Berean since 2021. Zach was gifted salvation from a very young age, and has been greatly blessed to have grown up with a family that prioritized Christ and his Church. Zach has a Bachelors in Biblical Studies from Great Lakes Christian College, and is a Seminary Student at Covenant Baptist Theological Seminary. Zach is passionate about being with students and aiding families in their pursuits of raising disciples. He has a love for theology, and a love for teaching it to his best abilities. In his free time Zach is a lover of playing sports, and enjoys watching all of them. Zach and Selecia will welcome their first baby boy in January of 2023, and can't wait to see their family grow here at Berean in the years to come.